ASIAGO:
A territory rich in history and traditions.

The plateau of the Seven Municipalities or Asiago plateau, from the name of the most important town, it is a vast rectangular area of ​​about 750 square km which extends into the border area between Veneto and Trentino-Alto Adige. The settlement of the Cimbri population in the second century B.C gave development to this flat massivet, the borders of which are engraved by a system of large escarpments.

This mountainous area is made up of successive sedimentary rocks whose deposit occurred between 223 and 35 million years ago, when the site was occupied by the sea. The acrocorus is composed of upper layers formed by grey limestone rich in fossils. In this layer the biancone, the ammonite red or the red scale are frequently found in different areas.

Although the plateau has the Dolomia as its base, on the surface there was the phenomenon of "karst dissolution" which caused the almost total absence of water, but many underground cavities were formed (more than 2500 those known until 2009 ), some are over a thousand meters deep, such as the abyss of Malga Fossetta.

In the era of the Serenissima Republic of Venice, the Federation called "Respectable Regency of the Seven Municipalities" organized the eight districts (Municipalities) of the plateau until the advent of Napoleon, in 1807. Nowadays the eight municipalities, which originally were seven, all fall within the borders of the province of Vicenza. The plateau is only marginally included in the province of Trento. 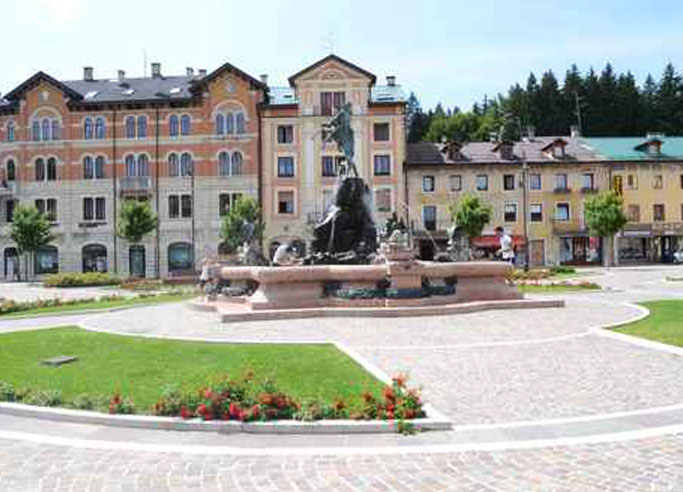 The area was heavily marked by the events of the Great War: during the 4 years of war, it is estimated that no less than 1.5 million bombs were dropped on the Plateau by the various armies and that the soldiers engaged in battle were over 1 million. The Asiago Military Memorial, built after the war, contains the remains of over 55,000 soldiers, mostly from the 41 war cemeteries of the plateau.

Asiago cheese is a D.O.P. known in the worldwide, the production of which is typical of the plateau and takes place in numerous dairies present and in the over 100 mountain huts present (87 in the only union mountain Dear Regency of the Seven Municipalities (Cara Reggenza dei Sette Comuni) and mountain communities from Astico al Brenta). The active mountain huts constitute, by extension of their pastures and by number, the most important mountain pasture system of the entire Alpine arc.

The Plateau is an important tourist area both in summer and in winter. Nordic skiing is particularly popular thanks to a very extensive network of downhill and cross-country trails (over 500 km) which make it the national home of this discipline. During the tourist seasons, events and exhibitions follow one another over the weeks, attracting many tourists from all over Europe.